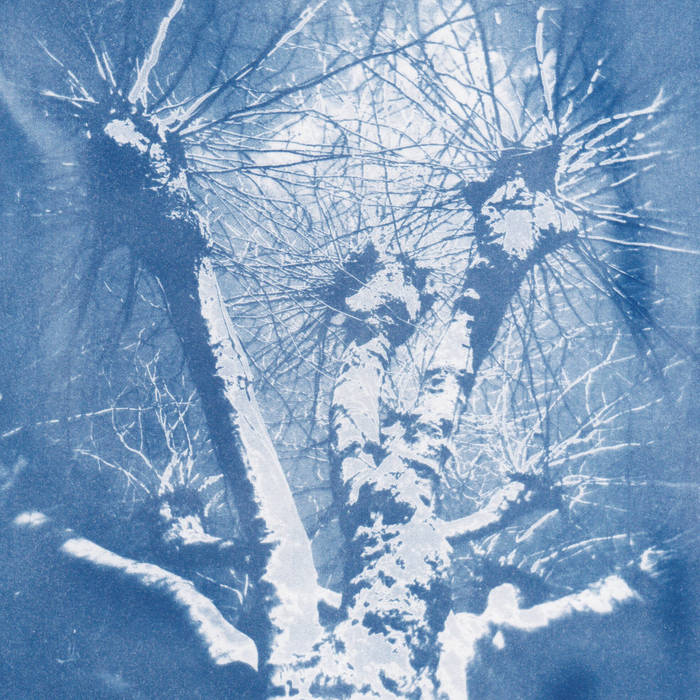 Blue Tapes is a label that has put out sprawling 2-hour odysseys exploring every conceivable frequency and sound, and avant-pop singles that clock in at under a quarter of an hour. Those shorter releases don’t however feature any fewer ideas.

Consider Pipes by Katie Gately (blue eight), which crammed more ideas into its 14-minute runtime than most albums manage. More than some careers manage. Our latest release, blue thirty-seven, is another such work.

Its lead track, Firefly by Korean trio Hey String, has a similarly dazzling breadth of ideas, melodies and rhythms that the runtime of just over 6 minutes feels untenable. With just six hands and two instruments – glockenspiel and gayageum, a traditional Korean zither - Jihyeon Oh, Jihyo Kim and Jihyun Park create an expansive, rippling sound that is bursting with intricacies and detail.

Combining Reichian minimalism and traditional Korean music, Firefly is a pocket symphony that spins through delirious crescendos and diminuendos so deftly and with such precision and economy that it comes on like some new hyper-intelligent pop music. Futuristic and ancient and brimming at all times with melody.

If any other musician has laid claim to chief explorer of this paradoxical musical universe twinning the futuristic and the ancient it is undoubtedly Anna Homler. Since her cult mid-1980s Breadwoman project – revived to great interest in the 2010s – Anna has immersed himself in crafting vocal-based work that has a deep, penetrating effect on the listener. At once playful and spiritual, alien and strangely familiar, Anna’s singing and chanting offers a truly unique voice in experimental or marginal music.

We are proud to present here two short haiku-like collaborations by Anna and acclaimed composer and koto player Elizabeth Falconer. Anna and Liz’s contributions are clearly breathing in the same cosmos as Hey String’s work. Here the sound is more instinctive and fluid though, delighting in the abstraction and texture of its own language.

‘Hey String are part of a revolution among Korean traditional players that would have seemed highly unlikely even a decade ago. Players of those instruments used to stay within their own refined world of museum culture, whereas now musicians like Jihyun Park take it as given that there are no limits to what they can play’ - The Wire

“Gayageum trio Hey String push beyond the limitations of traditional performance in a full force of interplaying melodies and rhythms to create enthralling soundscapes. With their three Korean zither-like 12 stringed instruments, they show a deep understanding of traditional Korean music, but don’t let it box them in as they mix with electronics and explore unique compositions.” – K-Music Festival

“Delay and multi-tracking are used to stretch Homler's voice into a luminous mist, as she sings a patient, mournful song over looped whispers and coos. It is mesmerizing; 17 minutes pass by in a flash. Whatever your feelings about divining speech from ancestral voices, you don't have to take any of Homler's theories literally to recognize the power in these songs. Wherever they may have come from, they have the power to take the listener far beyond the limits of the known musical universe.” – Pitchfork

"Anna Homler has the aura of a woman from places as exotic as the languages of her incantations and as haunting as her melodies." — High Performance

"...a singer who can take the audience by the hand and lead them along the weird path between atmospherics and surreal humor... A witch with a few home-brewed spells and a ray gun." — Resonance

"Homler seems to sing in the forgotten dialect from some past life or some past world... disconcertedly bewitching" — Cadence

"You will fall for the amazing power and charm of her voice." —Vital

"Homler is a 'linguistic alchemist.' She sings in made-up languages that enable her to create remarkably expressive and exotic clusters of phonetics... The result is a beautiful combination of 'non-words' that are woven into surprisingly familiar and meaningful pieces of music." — File 13 "Pick of the Issue"

"The work is transportative, mesmerizing, witty, sexy and intelligent. It has the power to transform the kitsch artifacts and consumer culture into something ethereal, surreal and beautiful." —Performance Magazine

"Variously quaint and cutting, charming and provocative, and utterly musical and engaging."— Option

“Through dense tonal forestry, Homler’s voice morphs to encompass and mimic a plethora of wildlife. Are those electronics, or are they emanating from strange vocal cords? Recognisable words fade away. A chorus fades away. Fascinating creatures enter, roaming through an alien woodland. Amber-eyed tigers emit throaty growls, and some kind of animal squeals from the tips of the trees. A dark paradise opens up, a strange, wonderful safari for the ears. Homler’s desire to bend the possibilities and stray into no-man’s-land is a wonderful gift.” – A Closer Listen

“Elizabeth Falconer, a former Japan Times hogaku columnist, lives in Seattle now, but in the many years she spent in Japan she steeped herself in Japanese culture, including winning a koto teacher’s certificate from the late Tadao Sawai, one of the greatest koto masters of the 20th century. Since her return to the U.S. she has lectured, taught and performed widely, using her knowledge of Japanese culture and music to promote international understanding. She is a regular at the Northwest Folklife and Bumbershoot festivals, and performs often at the Seattle Asian Art Museum.” – The Japan Times

“Arguably the greatest American exponent of the koto” - AllMusic

Recorded by Genuin B2

Sisu and Overmorrow performed by: