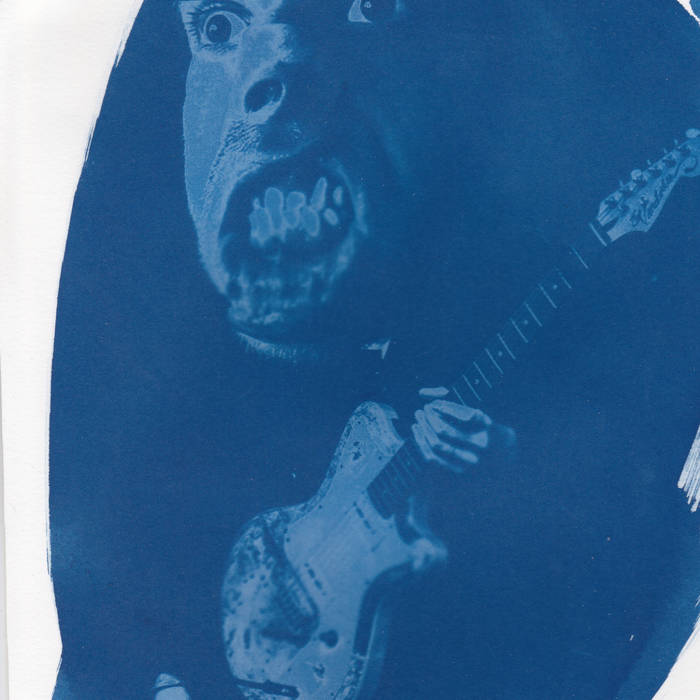 When people ask me, what is Blue Tapes? I usually stutter over some disingenuous labelling and change the subject. Online, there is some guff about ‘secular drones’ and ‘spiritual pop’. Really, what I could just say is: Blue Tapes is Matt Collins.

The whole project started off an off-the-cuff suggestion from Matt, who was trying to find a home for his brilliant, weird “Tangerine Dream album” ambient piece, The Grin Without The Cat or The Cat Without An Outline, which saw life as a home-dubbed ‘blue one’ on our imprint.

To date, our imaginary ‘Blue Tapes House Band’ supergroup has actually pretty much been 50% Matt Collins and 50% Benjamin Finger.

Who is Matt Collins? Matt Collins is a guy. In Toronto. A dad, husband, should-have been 00s pop star and all-round local stand-up comedian hero. To date, his classic albums include Ninja High School’s 2005 effort, Young Adults Against Suicide, and the aforementioned The Grin Without.

Matt thinks Kirstie Alley invented Weird Twitter and that Father John Misty is letting white people’s side down. His comic creations include Judge Dog - a judge that’s also a dog. (Note: This is MUCH funnier than I’m making it sound).

Matt came to us with an idea for a comedy album, and we said, why do a comedy album when we can throw open your standup to The Blue Tape House Band and let them sabotage, subvert and recontexualise it in every way possible, and release THAT as the album and your standup can be the bonus track? The Fixed and Broken versions.

So, BT label mates Cherry, Leedian, Benjamin Finger and Library of Babel’s Shane Parish weigh in with oddly beautiful takes on his sharp, pop culture-loving, asshole-hating humour, but then so do his real-life mates: The Dears’ Adrian Popovich, Blocks Recording Co. leader and ex-NHS-er Steve Kado, the peerless Kira May, Chris Cummings - think a not-hateful Sun Kil Moon. Also Kount Rottula. The less you know about him the better.

These inversions and abstractions of standup humour aren’t just cute - they’re pointedly funny in their own right. Check Popovich's bluntly sarcastic use of negative space, or the almost-psychedelic delirium of Kira May’s Actual Pop Song. Chris Cummings’ literal reading of Matt’s thoughts about the loss of Robin Williams on the other hand, is a near-tearjerker - an honest meditation on the weirdness of how we mediate celebrity death in the social media age.

Matt Collins is Blue Tapes. And this is our comedy album. It's called Selected Ambient Works.