by The Blue Tapes House Band 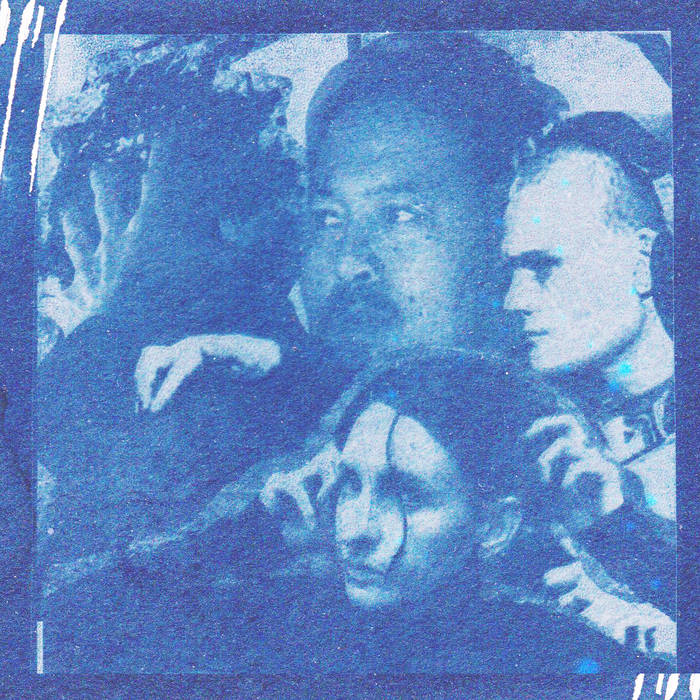 bobagamemnon This sounds an awful lot like the inside of my skull today. Coincidence? Favorite track: part 2.

UPDATE: The original Blue Tapes House Band: vol. 1 was an (intentionally) messy, sprawling beast of a release. More than two hours long, it crashed maniacally from one style to another with little to no consideration for the listener.

But also, it did seem like there was a decent, coherent piece of music trapped in there somewhere that was fighting to get out. With this mythical collaborative composition in mind, I edited the music generated for the tape down to a three-part, hour-long collage that perhaps seems a little more consistent in mood and momentum.

For this incarnation of The Blue Tapes House Band, the line-up is as follows:

The music on the tape remains the initial release, but this new edit -
arguably a little closer in spirit to the original agenda of the projectr -
now comes as a download with the tape.

If the first phase of Blue Tapes was occult little objects (unusual sounds on tapes stashed inside books and miniature treasure chests), home-dubbed and released in micro-editions, and the second was to branch out into other formats and release music that was just drop-dead cool (Katie Gately, Plains Druid, Tashi Dorji, Threes and Will, Henry Plotnick etc, etc.), then the third phase of the label gestures towards reconciling those histories while laying track for the future.

The Blue Tapes House Band isn’t a band as such, rather it’s the codename for an ongoing project, which - with each iteration - showcases a different permutation of Blue Tapes artists producing new music in collaboration with each other and the label itself.

Each release will see the musicians generating new sounds in accordance with strategies and structures provided by the label. For Vol. 1 - the first release in the series - the remit was fairly simple. Each musician was asked to remix an existing piece of music from the Blue Tapes back catalogue.

While some have described the label’s output as “eclectic”, in truth to us, all of the releases just sounded like different spokes of the same wheel. The Blue Tapes House Band is what happens when you spin the wheel.

"The kosmische disco jam that opens the tape is almost a red herring, as most of the tracks here are freeform rambles in texture, gaseous pulse and wispy half-song spectres. The most substantial moments involve the reworking of Tashi Dorji's solo guitar improvisations, as they get expanded into various echo-laden astral zones and augmented with percussive elements. Along with being a lot of fun, this is messy, border-melting stuff." - The Wire

"The impressive group of artists infect the tape with their individual personality in the context of the label’s perspective on music, with a focus on experimentation at the very heart of the collection of songs. The music on the tape goes from wanton funked-up eighties percussion to toned down ambient compositions just in the space of the first two tracks. Venturing further into the tape more contrasting elements join forces, going from serene landscapes to beautiful nightmares, shouting at each other from their dissonant locations as they mould into the curious universe that make up the mixtape. " - The Formant