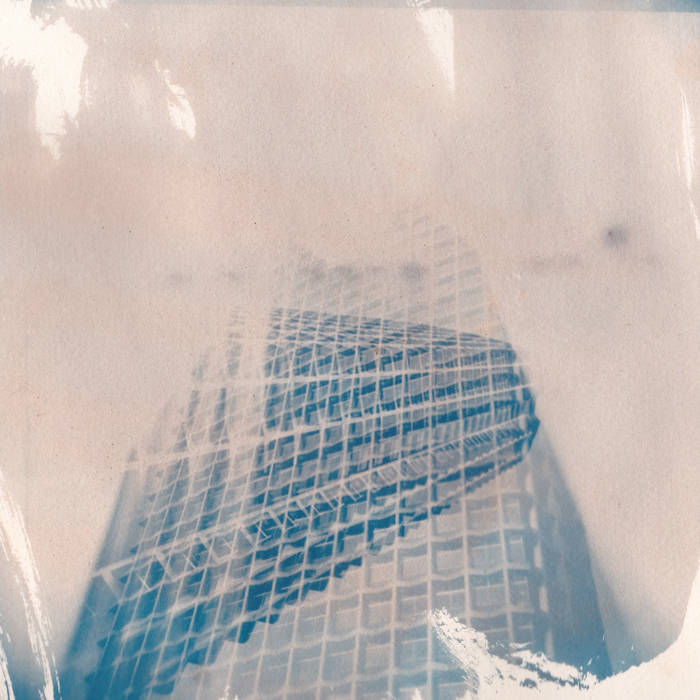 To celebrate Blue Tapes’ involvement with Supernormal 2015, and the pilgrimmage to the UK of several core components of our international roster, we reissue as a split C120 two of the earliest and most sought-after albums from our back catalogue.

blue two: Leedian and blue three: Cherry were released weeks apart when the label launched in 2012. The releases made a natural pair. Not only did the musicians have much in common - both male solo artists from Japan - but so did the sounds they make: tinged with hallucinatory moments, semi-improvised and largely electronic.

Cherry (aka Teruyuki Kurihara of Tokyo) combined delicate guitar instrumentals with pulsating, metronomic not-quite-techno on his original three-tape set. The result was an emotive kind of minimal pop that prefigured future releases in the Blue Tapes series from the likes of Laurent Chambert and Henry Plotnick.

Leedian’s (aka Hitoshi Asaumi of Toon) release was constantly-shapeshifting music that contained elements of jazz and glitch but didn’t really sound like anything. It could sound phantasmal or brutal, playful or petulant.

In combination, both releases helped to ensure Blue Tapes as a benchmark of quality within marginal music early in its infancy.

We are delighted to announce that both Teru and Hitoshi will be performing live in the UK at Supernormal Festival in 2015.

Teru will be presenting the debut of his new Check!!! project - a trio that perform a kind of improvised, art-pop techno with live instruments - who are currently working on an album for Blue Tapes.

"Sometimes tense, other times quite cool and delicate cinematic soundscapes. This is an album that had me taken back to the 90s and people like the FSOL, the early works of Leila, and those Planet Dog compilations featuring the slow-building, warm spacy sounds of artists such as Optic Eye and Knights of the Occasional Table. Very nice." - Louder Than War

"We saw Cherry play the other day at the Outer Church.
"He performed in front of grainy footage of a ferris wheel, an aquatic park, chaotic nodes of colour trembling with quantum uncertainty.
"What we remember most clearly about this show is the click of beats clacking like the typebars of a cosmic Olympia, trees in an euro-techno forest collapsing over us with a message from beyond the screen behind Cherry, through the portal of his red shadow, from the place where that spinning wheel and the plastic hills of the aquatic park exist in eternal stasis, a message that conveyed to us one idea, what it feels like to party in the shores of the Sea of Time." - 20 Jazz Funk Greats

"A wide range of sounds, from minimal arcade style electronics to guitar strokes that sound like violins being plucked. Real nice ambient soundscapes. Really rather beautiful and there is a dreamlike quality..." - Tape Famous

"This is a work of staggering coolness. 'Cool' is not chosen randomly as a descriptor either. After riding through the electronic noise and scientific experimentation with sound, the tape ends with almost acoustic jazz, piano trio stylings. Kinda like the end credits of a movie rolling in darkness after a mindfuck ride through a sci-fi amusement park. Blue Tapes' releases have this quality to them. Both familiar and strange. I suggest sampling the goods soon." - Cassette Gods